by admin in Genel, Standard 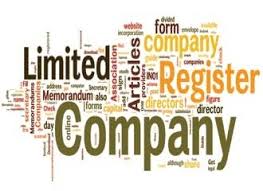 The pecularities of commercial life render some rules of civil law insufficient for the regulation of commercial transactions, creating a need for special rules. For instance, the rules of the Civil Code applicable to the associations in general but do not apply to various types of other business associations (LLC, Corp. etc). Thus, company formation procedures has been set out under Commercial Code #6102. As E&G Law Firm, we, advise and represent international clients with respect to company formation in Izmir, Turkey.

Commercial partnerships (business associations, companies) play an important role in economic relations. Individuals come together to create partnerships of various types. Partnerships are governed by the specific legal rules that regulate the company types and company formation in Izmir, Turkey. Following types of partnerships are provided for by the Turkish Commercial Code;

This partnership structure creates an entirely separate legal entity or corporate legal personality which is able to conduct business in its own name independently of the individuals who created it. Because of this legal separation the individual partners do not have any personal liability for the corporation’s debts and obligations. In corporations it is the capital and not the partners (shareholders) that is the dominant factor.

In order to form a corporation, 1 shareholder (irrespective of he/she a Turkish citizen) would be sufficient to represent a corporation, unlike the previous Commercial Code which requires the presence of at least 5 shareholders who have shares in the company. The minimum capital investment of a corporation must be 50,000.00 TRY. Legal entities may join corporations as incorporatiors, two or more corporations merge and create a new body, called “holding company”. Such companies usually supervise the management of the corporations which formed the “holding”.

Ownership in a corporation is distributed by legal instruments called shares. A share represents the monetary value of the ownership that the corporation assign to each share. The person who holds the share – the shareholder- is an owner of the corporation.

An important characteristic of a corporate entity is that the shareholders have no personal liability for the acts of the corporation, unless they represent the company as a board member.

Limited liability company (“LLC”) is one of the most preferred company formation in Izmir, Turkey. Investors who intend to form an LLC in Turkey, need to have knowledge about the registration procedure, costs and documents requested by the Trade Registry Office.

Furthermore, LLC could be incorporated by at least one shareholder which could be a person or an entity. Non-turkish investors are allowed to own %100 of the shares and trade as other Turkish citizens without any restriction. General rule set out that LLC’s shareholder is responsible to the extent of the subscribed capital. However,  shareholder’s responsibility to the state, which take form as public debt (so called, tax, social security premiums etc.) can exceed the subscibed capital.

One of the key element is that an LLC has a minimum share capital of 10,000 TRY. LLC is directed by one or more managers which at least one of them shall be appointed as the chairman.

For more information about company formation in Izmir, Turkey or other commercial law related questions regarding your business investment, please feel free to contact us.

Manage Cookie Consent
To provide the best experiences, we use technologies like cookies to store and/or access device information. Consenting to these technologies will allow us to process data such as browsing behavior or unique IDs on this site. Not consenting or withdrawing consent, may adversely affect certain features and functions.
Manage options Manage services Manage vendors Read more about these purposes
View preferences
{title} {title} {title}